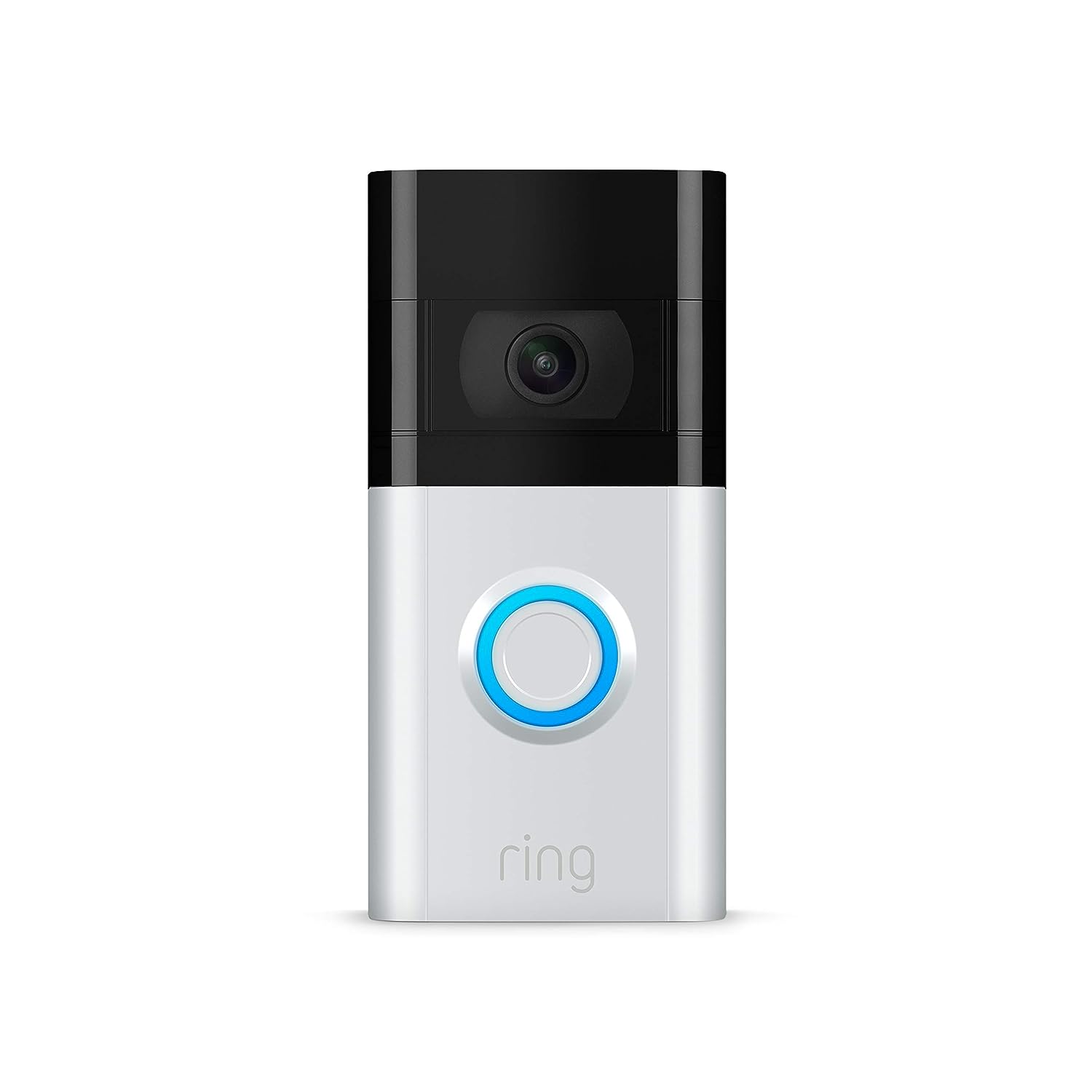 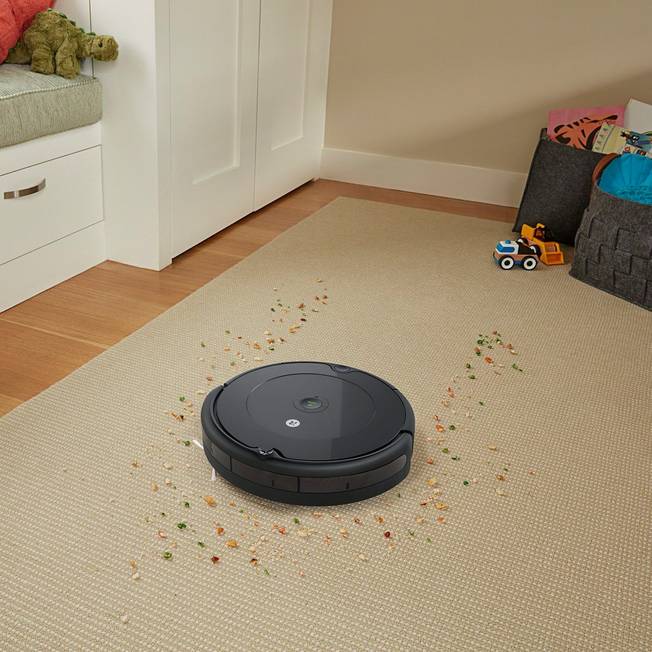 Long gone are the days where seniors are considered tech illiterate. Everyone and –truly– their grandmother knows how smartphones and similar technology works.

Because tech is becoming so widely accepted and used, seniors can benefit from tech advances that can make their lives easier to live and enrich their day-to-day activities.

To help seniors narrow down the tech gadgets that can improve their quality of life, I researched how current technology aids seniors’ needs. My research helped me find the following ten tech gadgets for seniors.

SeniorsMatter participates in affiliate programs with various companies. We may earn commission when you click on or make purchases via links.

1
Joy For All Companion Pets 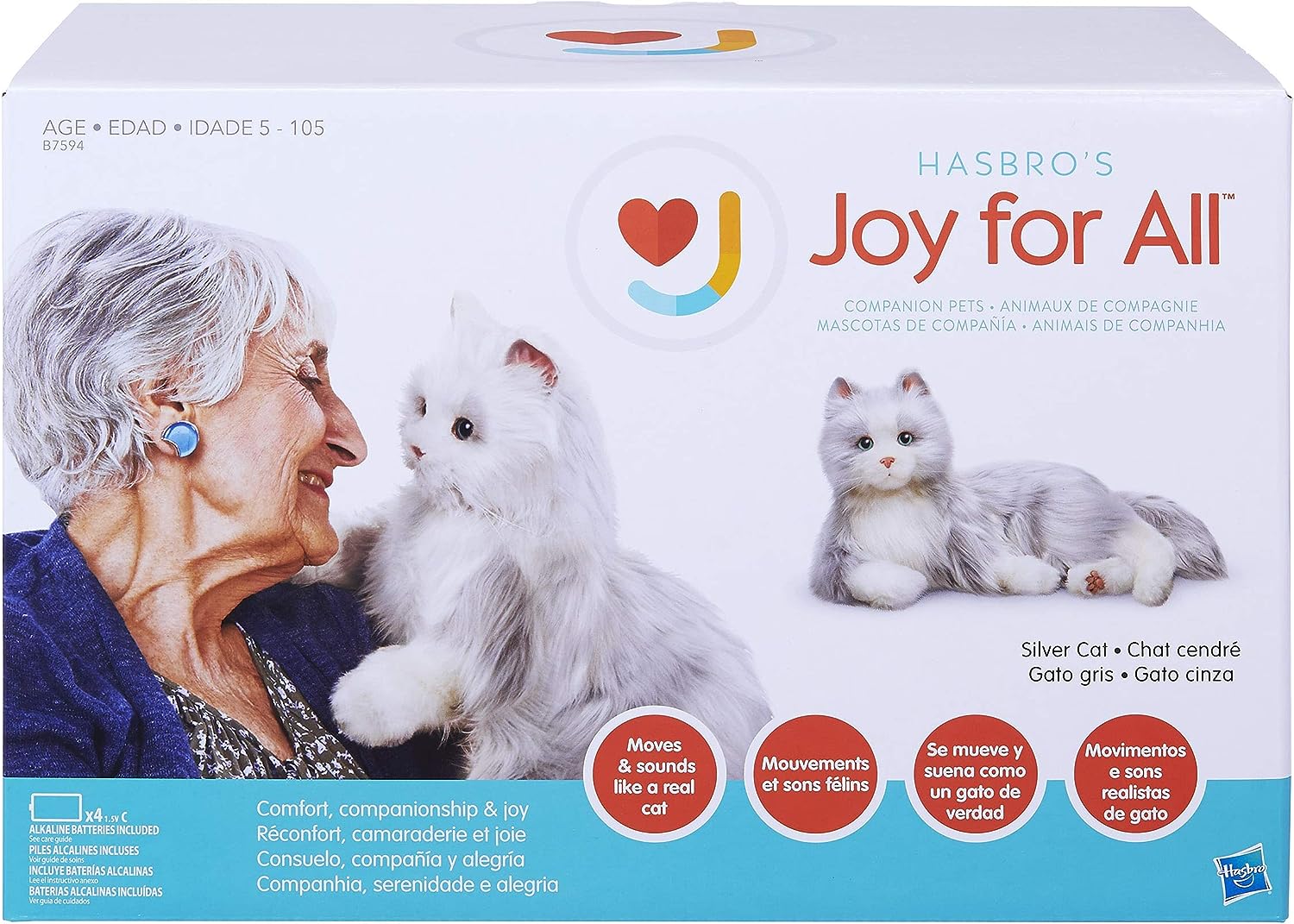 Joy for All Companion Pets is a robotic product for seniors, but it’s in pet form.

The Companion Pet interactive creatures can help lessen the isolation many seniors who live alone feel. A recent CNN piece reports that a New York-based Companion Pet pilot program showed that isolated adults responded well to the therapeutic creatures. According to the piece, 70 percent of the NY pilot participants reported “a decrease in isolation after one year.” I learned about Intuition Robotics, the company that makes ElliQ, in the CNBC article referenced below.

ElliQ is a “proactive cognitive artificial intelligence product” that can provide companionship for older adults and promote healthy habits. Dor Skuler, co-founder and CEO of Intuition Robotics, describes ElliQ as “a sidekick for happier aging.”

I like ElliQ because this type of artificial intelligence (AI) could help caregivers connect with and better care for their elderly friends and family members. Caregivers can initiate conversations with an ElliQ owner and send ElliQ photos through the product’s app. The ElliQ website explains that an ElliQ owner “can see and respond” to messages and pictures “via a video screen.”

ElliQ also can encourage physical activity. The AI product “may, for example, check the weather, determine it’s pleasant, then ask whether the senior wants to go for a walk.”

Although ElliQ isn’t currently for sale, interested seniors (those 70 and older) could get the product for free by registering with the company’s Insiders Program.

Ring sells security products that can help people protect their homes by monitoring activity inside and outside.

I like this company’s tech gadgets for seniors because the doorbells can help seniors see who is at their door and discern if they need to get up. Ring doorbells also feature two-way communication. (Depending on the product a senior chooses, they could also monitor the activity in their home.)

Ring has a variety of products and doorbell models to choose from. You can check out the various models and price points at Ring’s website. Where you live, your income, and if you want to install this product yourself or have someone else do it will help you choose a model. As we get older, many of us are prescribed medications that help us live happy and healthy lives. The more prescriptions we have, the more challenging it can be to remember to take medications when we need to. That’s where Memo Box’s smart pillboxes come in.

I like the Memo Box 7 Day pillbox, because it reminds seniors (via visual reminders on the boxes and an app) to take their pills. Other alerts include:

“When the time comes for your next intake of pills, the respective box starts beeping and blinking to attract the user’s attention,” GadgetUser.com explained. “If there’s no reaction, the smart box sends an alert to the user’s smartphone.”

Although you still may be able to clean your home on your own, it doesn’t hurt to get a little help. One product that’s been around for a while that helps people of all ages keep their homes cleaner is robotic vacuums.

In general, I like robotic vacuums because although they can’t clean your entire home like a home aid or yourself, they can lighten the load when you’re experiencing pain or tiredness.

There are many different robotic vacuums to choose from. The photo above is of the iRobot Roomba 694 Vacuum. Tile makes a variety of products that help people find items they use everyday that easily go missing. Tile’s products use bluetooth and can be activated via a smartphone app.

I like Tile’s “stickers” because they are affordable (they offer a one-year subscription to Tile Premium’s service and free battery replacements for your device every year). Tile’s stickers also are waterproof. 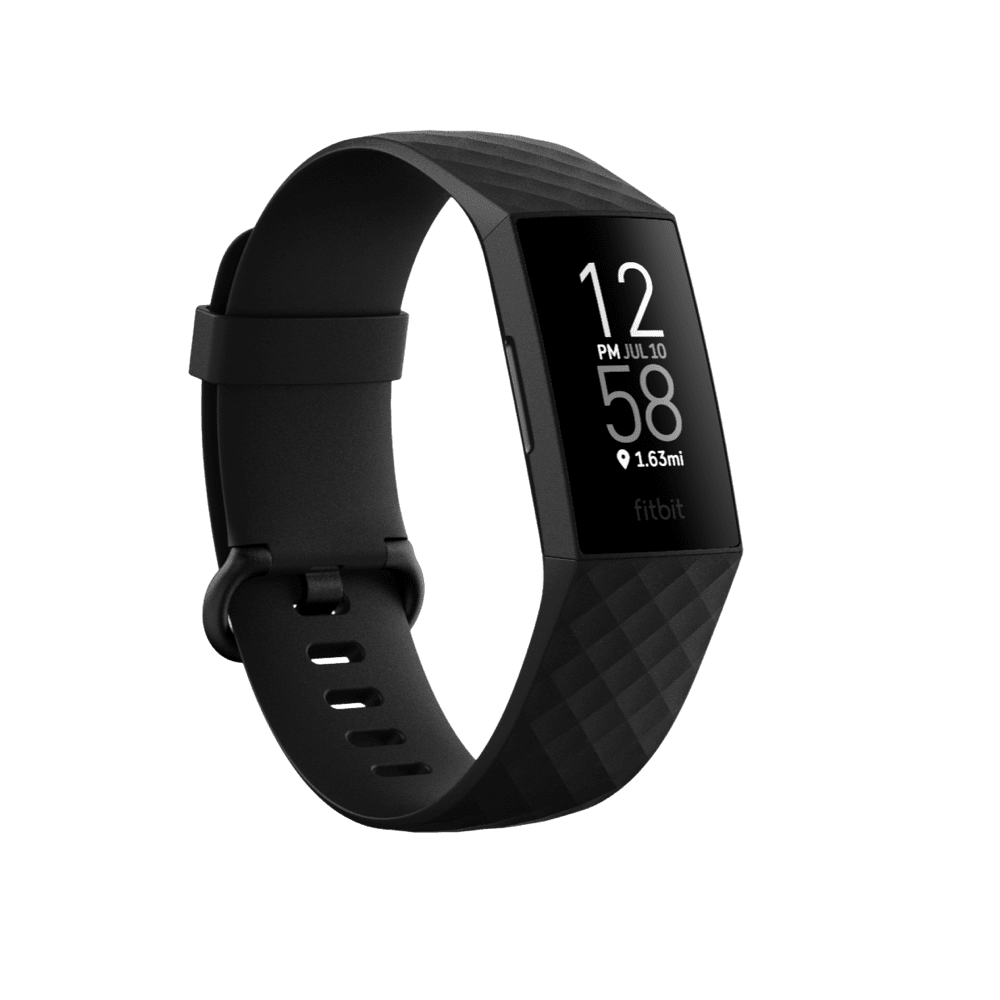 Fitbit makes a variety of wearable technology that allows people to track their health and physical fitness.

I like Fitbit’s trackers and phones because they are easy to use and relatively affordable. Fitbit users also can sync their trackers and watches with their phones to track their fitness, sleep patterns, and more. Tracking one’s health is important, especially as we age, and products like Fitbit can give people the nudge they need to take daily walks and manage their sleep.

Seeing as tech companies can track anything these days, it’s not surprising that a company has created a GPS shoe insole.

I like the SmartSole because it allows loved ones to keep track of their mates, friends, or family members who experience memory issues. This product is great for seniors who regularly receive daily care (someone who lives with a caregiver or has a daily home health aid) as the SmartSole needs to be charged daily. However, this discreet tracker provides an extra layer of protection for individuals who are prone to wander. 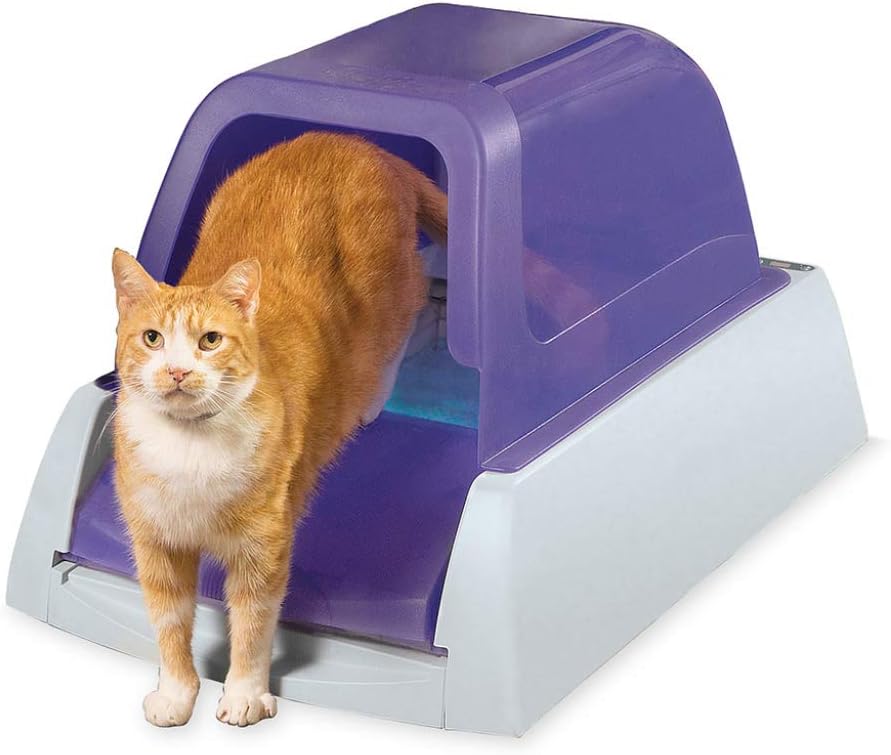 I chose to include these last two senior tech gadgets on this list because many seniors have pets. Although a senior citizen may care for their pet independently, these gadgets provide seniors with an extra layer of help and can make the pet caregiving process a bit easier.

Litter box cleaning is one of the worst aspects of owning a cat. For seniors, the litter box cleaning process could be uncomfortable because the stance and movements one has to take to clean their cat’s box can be painful.

In general, I like self-cleaning litter boxes for seniors because they make cat box cleaning less strenuous. These boxes also keep a cat’s box clean, which benefits your critter, too. This gadget ensures that your pet will eat the right amount of food on the schedule of your choosing. This automatic feeder also features a “mealtime message” function that allows you to record your voice and play it at mealtime to attract your dog or cat.

I like this product because it will help a senior with memory problems to regularly feed their pet. It also will prevent overfeeding. Note that this product only works for dry food, and this model only holds 16-cups worth of food.

(Check out this list over at Chewy for other products that can help your pet exercise, track your pet’s movement, and more.)

According to CNBC, baby boomers (people born from 1946-1964) strive to age “actively, gracefully and independently.” CNBC adds that technology is “viewed as the big disruptor that will allow them [seniors] to achieve those goals.”

In a Forbes article, Gretchen Livingston from the Pew Research Center states that seniors’ screentime is increasing. The increased gadget time “coincides with significant growth in the adoption of digital technology by older Americans.”

Also, a 2019 report by the Consumer Technology Association found that senior-centered technology will expand further in the coming years:

“In the U.S., the active aging forecast is expected to triple in just three years to nearly $30 billion. Health and remote care are going to lead the initiative while wellness and fitness technologies for seniors are expected to reach some $900 million by 2022.”

The report adds that the following points are most important when it comes to developing and marketing tech gadgets for seniors:

The Best Bed Rails For Adults And Caregivers In 2021